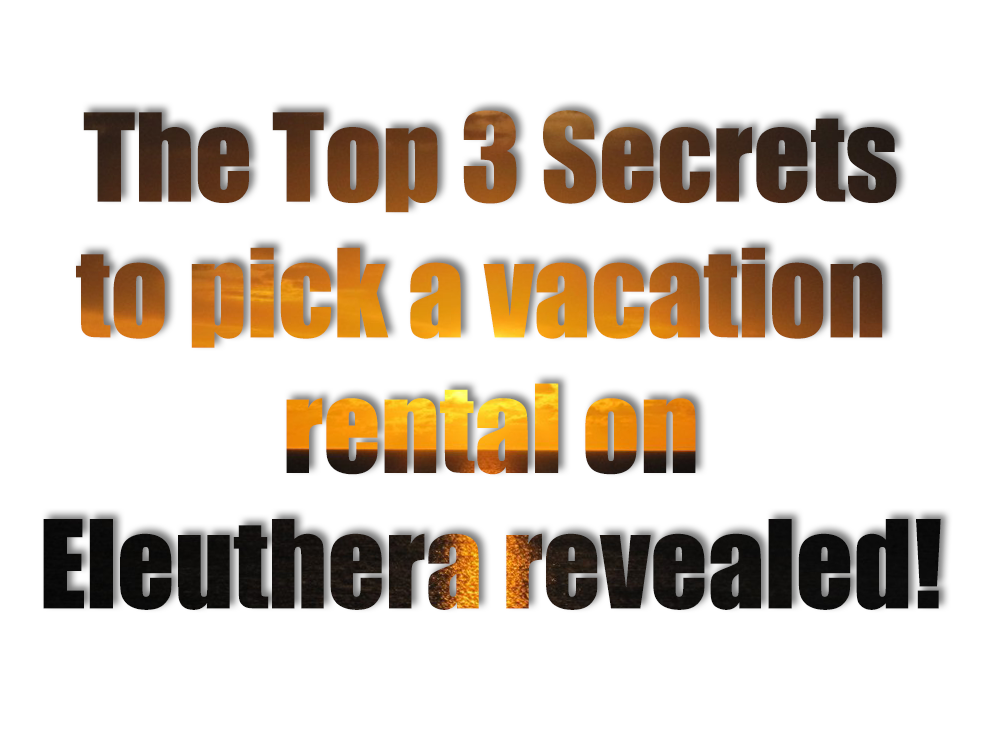 This is the first in a series of blogs about how to pick a vacation rental on Eleuthera. It will focus on the most important aspect of your selection – LOCATION! We will reveal the 3 secrets that you need to know to make a great selection. We’ll also link to a few properties that give you an idea of what we mean when we offer these tips. For some general tips on selecting a vacation rental, check out this blog.

You’ve been shopping for a tropical vacation for some time now. You’ve finally narrowed your choice to the islands of The Bahamas and have further narrowed your island choice to Eleuthera because you want privacy, great secluded beaches and a very laid-back casual vacation. How do you narrow your selection down even more? 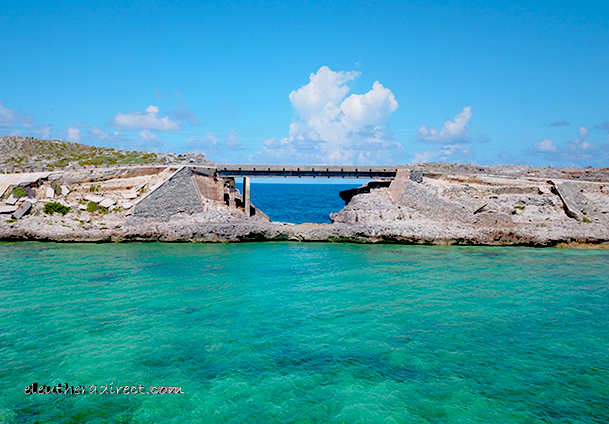 How to Pick a Vacation Rental on Eleuthera – Secret Tip #1

The island of Eleuthera is 100 miles long and 2 miles wide. It’s rental houses are located north (Current, Whale Point, Gaulding Cay, Oleander Gardens, Gregory Town, Alice Town, Rainbow Bay and James Cistern), central (Governor’s Harbour from GHB airport south to the capital settlement, North and South Palmetto Points, Double Bay, Ten Bay, Little Bay, Savannah Sound and Windermere Island) and south (Tarpum Bay, Winding Bay, Rock Sound, Jack’s Bay, Cotton Bay and Cape Eleuthera in the deep south). That’s a lot of ground to cover if you are going to explore. If you plan on just staying put for a week then this choice matters much less, but there are still some things you should know. 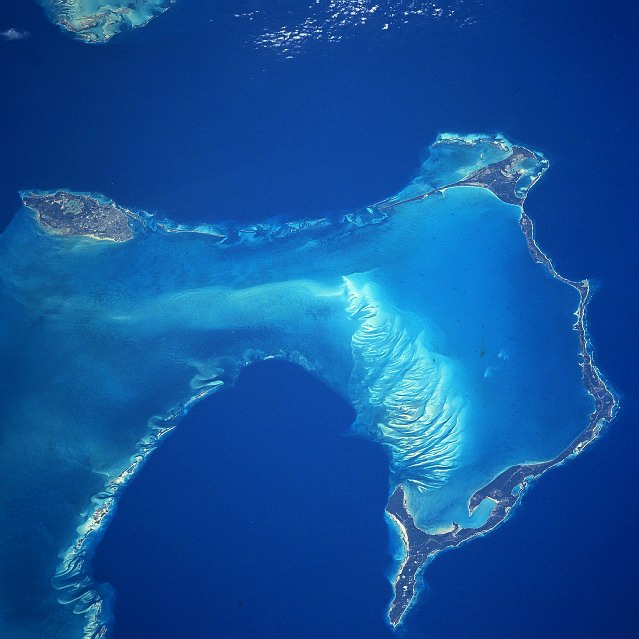 Most first timers to the island choose a central location in or around Governor’s Harbour. Why? Because this gives them the best opportunity to explore both north and south while having no more than an hour’s drive in each direction. The center of the island is also more populated so offers more choices in terms of grocery shopping, restaurants and other vacation essentials. In general, it’s simply much more convenient to pick a vacation rental in or near the center of the island if you haven’t experienced Eleuthera before.

The farther north and the farther south you go the more remote and private things get. For example, the northernmost settlement of Current has very little around it in terms of places to dine or shop. (Check out this awesome Current vacation rental called Getaway if you love privacy). The same can be said for Cape Eleuthera in the south.

As you move towards the middle of the island you have more choices. The major northern settlements are Gregory Town and James Cistern. The major southern settlements are Rock Sound and Tarpum Bay. As you consider various vacation rental options consider how far they are from these major settlements. Staying in or around the settlements will greatly reduce travel times. The other settlements and communities I previously mentioned are mostly residential. That means you’ll have to drive farther to find things you might need such as groceries, restaurants, bars and entertainment. The tradeoff is that the communities tend to be quieter and more private.

In my opinion, the main decision point comes down to where you want to spend most of your time. If you want to see the whole island then choose central. If you want a shorter drive to the northern attractions – Glass Window Bridge, Preacher’s Cave, Sapphire Hole, The Hatchet Bay Caves, The Cliffs, The Queen’s Baths, The Cow and Bull, Current Cut, and the nearby family islands of Spanish Wells and Harbour Island, then staying farther north is a better choice. If you want to see the southern attractions – Lighthouse Beach, The Ocean Hole, The Boiling Hole, The Cathedral Caves, The Island School, and the Cape Eleuthera Institute, then the south is a better choice. The north has more natural attractions. The south has better diving and snorkeling. Additionally, the farther south you go, the more likely you are to find completely deserted beaches.

How to Pick a Vacation Rental on Eleuthera – Secret Tip #2

Because the island is so narrow, an important consideration when you pick a vacation rental is which side of the island to stay on. This doesn’t mean you can’t hop from one side of the island to the other very easily, but you do want to choose the side that you’ll want to spend the majority of your time on. That being said, there is a big difference in the water quality between the east coast (Atlantic Ocean and a.k.a. ‘the Atlantic side’) and the west coast (Great Exuma Bight and a.k.a. ‘the Caribbean side’). There are also some areas that face more northerly, such as part of the settlement of Current, and one community, Whale Point, that fronts the bay between Harbour Island and Eleuthera. Several properties can also be found along the southern coast in Cape Eleuthera. For this discussion, however, we will focus on the differences between the Atlantic and Caribbean sides.

What you have to consider is what type of water you prefer. If you have small children then you’ll definitely want to favor the Caribbean side due to how shallow and calm the water is under normal conditions. Here are some excellent vacation rental properties on the west coast in Ten Bay that have pictures showing what the water is like. All bets are off when the wind blows from the west, but that isn’t the usual prevailing wind on the island. Beaches on the west coast tend to be shorter and narrower, and the water stays shallow for 50′ offshore and sometimes even more depending on the tide. The color of the water on this side of the island is a crystal clear aqua that almost seems to glow in the sun. Finally, because the water is shallower, it tends to be warmer. 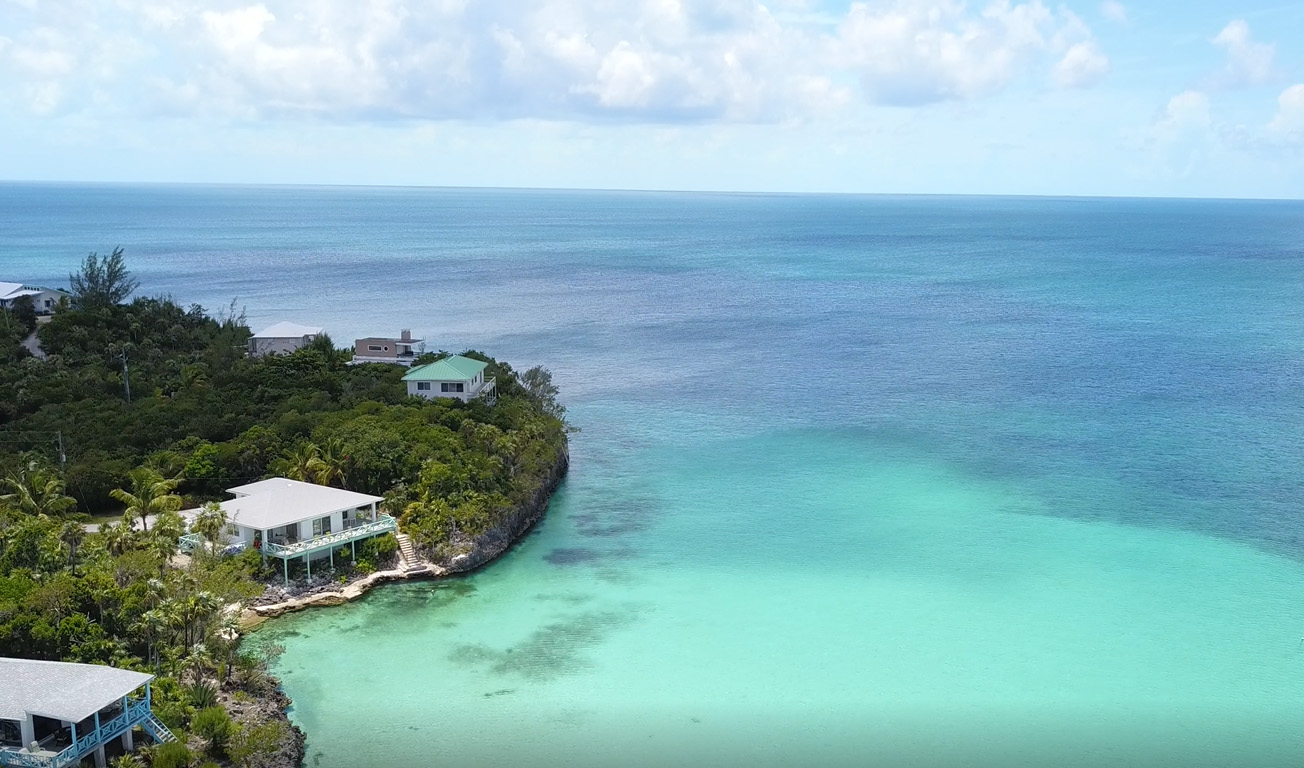 On the Atlantic side, in contrast, the water gets deeper much faster especially along unprotected coastline. There are more waves and you are more likely to encounter rougher conditions rather than something resembling a lake. If you want to body surf  and enjoy long beach walks then you’ll definitely favor the Atlantic side. The water color is a deep, dark blue and the temperature can run a few degrees cooler. It’s also said that because the prevailing winds are from the east that you are more likely to have less problems with no-see-ums, a flying insect that bites and has spoiled many a vacation. Having a light breeze keeps them from landing and biting.

Here are some rental choices along the Atlantic coast of Eleuthera. If you pick a vacation rental in one of the protected bay communities such as Winding Bay, Jack’s Bay or Cotton Bay, the water conditions will be similar to the rest of the Atlantic coastline except the ocean will be much calmer. 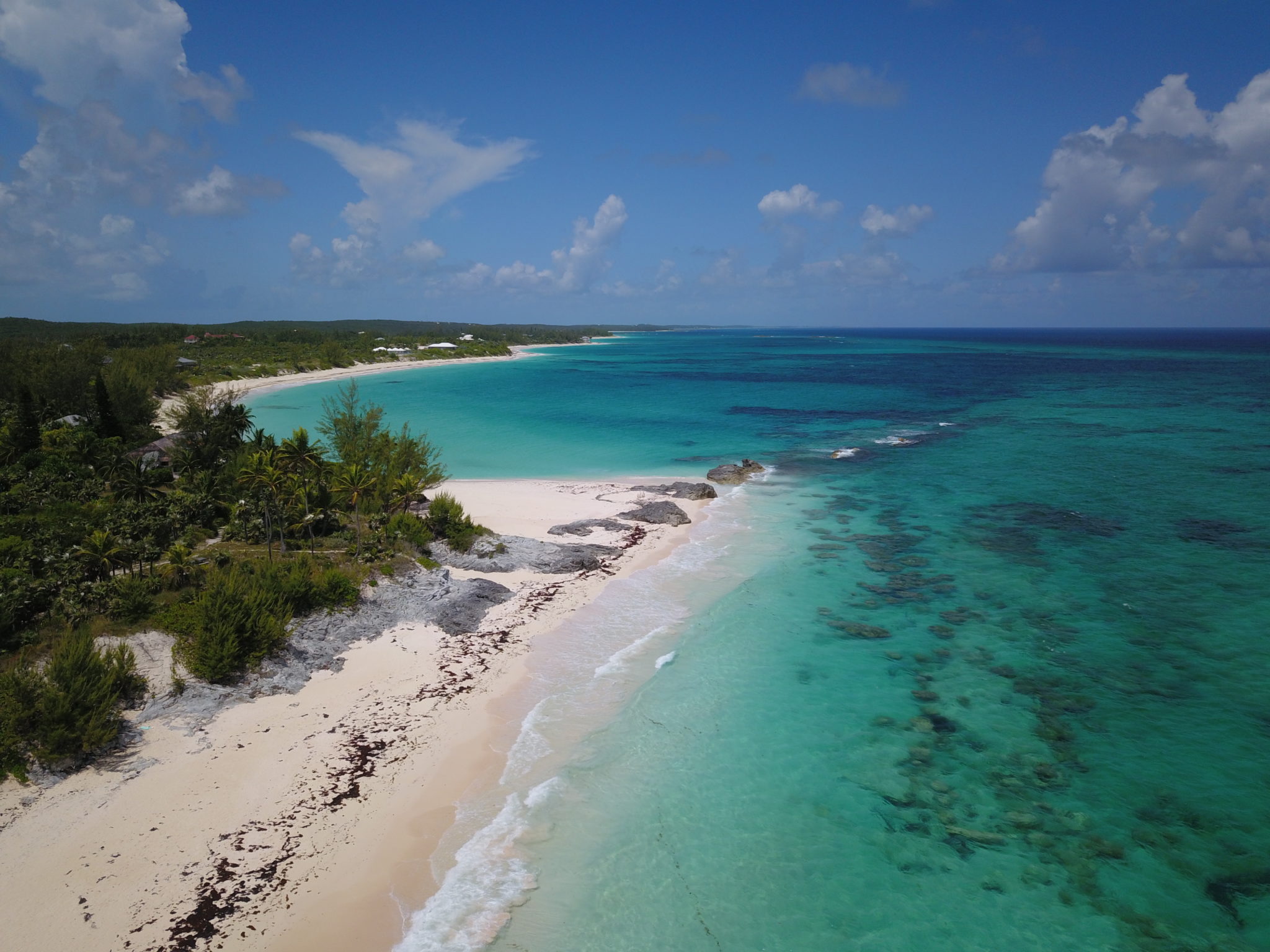 You now have some idea of what the differences are in water quality and wind conditions on each side of the island, but making the decision boils down to personal preference. What water conditions do you prefer? Just know that regardless of what the conditions are like, you can always take a short drive over to the other side of the island. When the wind is from the west, just move to the east coast for calm conditions and vice versa. You’ll almost always be able to find more benign conditions somewhere on the island if you follow that advice. Here is a video from one of my go-to places to escape windy conditions called Papaw Bay in South Palmetto Point.

How to Pick a Vacation Rental on Eleuthera – Secret Tip #3

While we’ve discussed the water quality between coasts, I think there’s an even more important consideration, which is so important that I wanted it to stand on its own, and that’s your preference between sunrises and sunsets. As we all know, the sun rises in the east and sets in the west, and that is even more noticeable on an island where your predominant view is likely to be an endless ocean. If you love seeing the sun splash an array of dazzling reds, oranges, purples and sometimes a splash of green as the sun dips into the ocean, you are definitely going to want to be on the Caribbean side of the island. Picture a unique oil painting being painted brushstroke by brushstroke each night; one that features an assortment of clouds, shadows, water colors and the sun being dripped across your own personal canvas, as if it were painted just for you, each and every evening. That’s what staying on the Caribbean side is like! 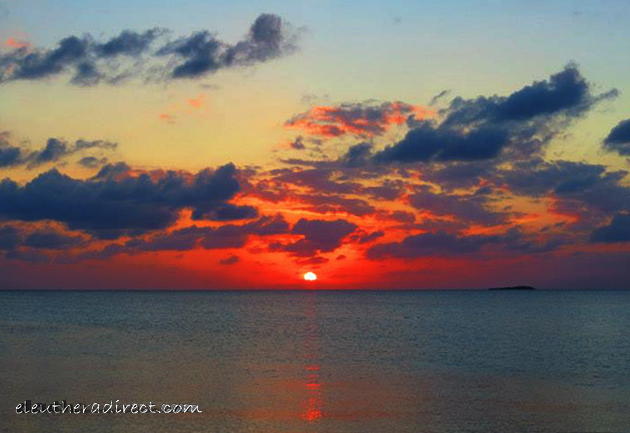 On the flipside, some people are early risers. They much prefer the invigoration that accompanies the first few rays of sun followed by a brisk morning beach walk and finished off with a delightful swim in the refreshing, cool ocean. If you like to see Mother Earth as she awakens from the night’s slumber then you’ll definitely appreciate being on the Atlantic side of the island. 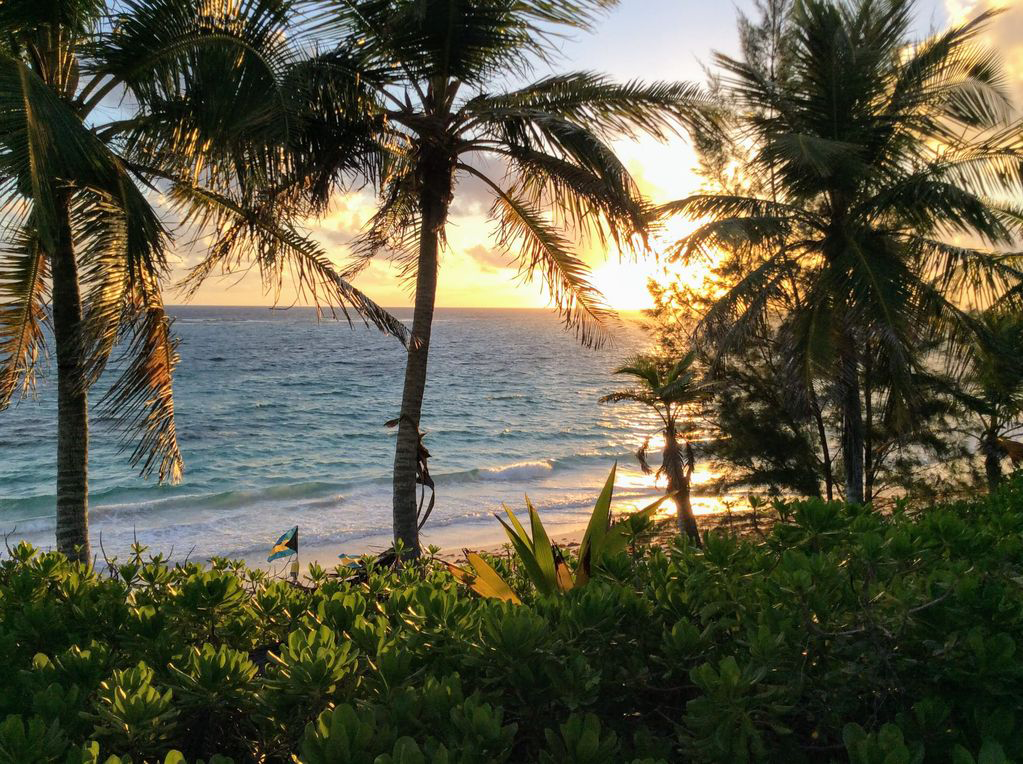 So, there you have it, your 3 secret tips to picking the right location on the island.

Oh, and the bonus tip…if the wind is from the west go to an east coast beach and vice versa.

I hope you find these tips helpful and find the location on Eleuthera that you were dreaming about. If you need any help choosing what part of the island to stay on please contact us at support@eleutheradirect.com. 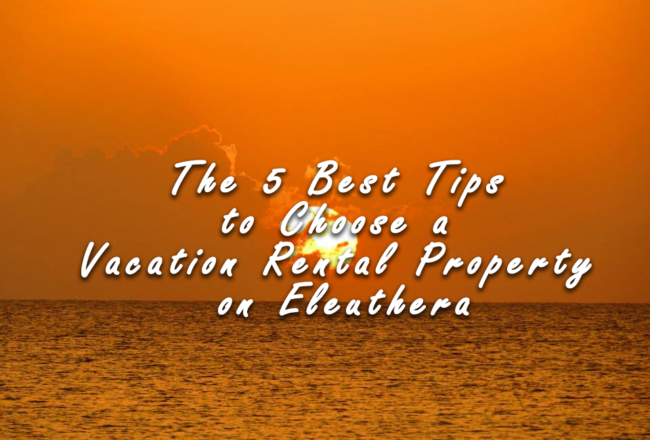