Compared to Eleuthera, Harbour Island seems dense and bustling, but that's a bit of an overstatement. With a population of less than 2,000 on an island that is only 3.5 x 1.5 miles it is hardly overcrowded, but not nearly as secluded or spread out as Eleuthera. Golf carts are the only form of transportation for visitors and it very easy to circumnavigate the whole island in a few hours making Harbour Island a popular destination for day trippers from Eleuthera and Spanish Wells who are seeking a bit of a change of pace.

Two large marinas have slips available for anything from the small water taxis to luxury sized yachts. The island has many restaurant choices with several very upscale and classy establishments although you never have to dress up if you don't want to. There are lots of little shops up and down the waterfront and through the middle of town for those who wish to find a gift or keepsake. For those seeking a sunset cocktail overlooking the bayside there are several nice choices.

Harbour Island is famous for its pink beaches, which are found all along the east side of the island. The pink hue comes from foraminifera, a microscopic organism that actually has a reddish-pink shell. The east coast beach is considered by many to be one of the crown jewels of the Caribbean stretching a full and uninterrupted 2 miles. At its widest it is close to 80 yards deep. Resorts and private houses run almost its entire length and you can usually tell where one resort stops and another begins simply by observing the color of the chairs in front of it.

Travelers who want everything at their fingertips and who prefer a more upscale destination with fall in love with beautiful Harbour Island! 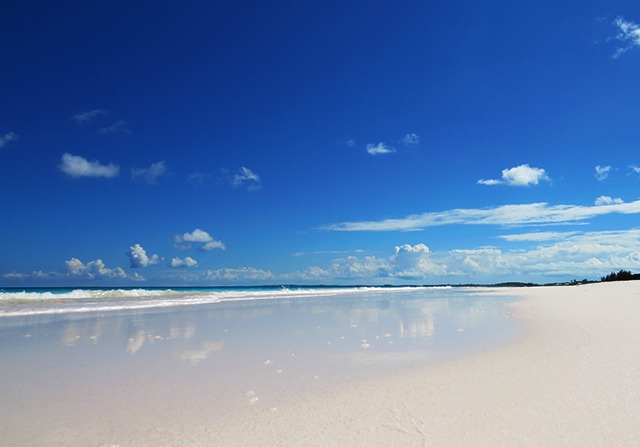 What Restaurants Are On Harbour Island

Most of the restaurants are found in the boutique resorts and they tend to be more upscale. That's not to say you necessarily need to dress up, but you may feel out of place as the service tends to be formal and the patrons do tend to wear something other than t-shirts and shorts. The restaurants are found on both sides of the island while the middle of the island has more modest and more traditional Bahamian fare.

What Is There To Do On Harbour Island

Beaches - There are two main beaches, one on each side of the island, however, the bayside beach is really more of something you explore and look at rather than actively use. The big east coast beach is where you'll be taking in the rays and dipping your toes in the sand and water. If you want to see a variety of beaches then just head back over to Eleuthera, rent a car for the day, and explore. Make sure to purchase The Beach Book, Eleuthera, Bahamas edition  before your trip so you can plan ahead. This travel guide is not available on the Harbour Island.

The Natural Attractions of Eleuthera  - there are quite a few Bahamian heritage sites on the main island that are worth visiting. The more northerly ones, which are easily reached by car from Three Island Dock are:

Tours - consider taking a nature tour with one of the island tour guides. They can cater your tour specifically for your group. They offer a variety of sea options that include snorkeling, deep sea fishing, scuba diving, visits to pig island, spearfishing, paddle boarding, kayaking and much, much more. Beach horseback riding is also available.

Day Trip to Eleuthera  - consider exploring the main island of Eleuthera, which can be reached by water taxi from Harbour Island. You will want to arrange a car rental and have it left at the dock for you before hand.

Join our Facebook group and interact with property owners who have first hand knowledge about our beautiful islands. They are a valuable resource and can make your vacation planning a snap!