What was to be a dream vacation at Moon Palace Resort in Cancun, Mexico turned into a Covid nightmare. Twelve nights in a Mexican paradise were to be shared, the first week with my wife and the second with one of my best buddies. We had plans to watch the music I love plus do some golfing, diving and maybe some sightseeing. We were a little leery of attending a series of concerts with Covid raging, but the venue, resort, management company and band had made numerous promises about their Covid protocols that made us comfortable that if we were just cautious we could enjoy the shows and still not catch Covid. If we did catch Covid then the resort had procedures in place to isolate anyone who might get sick in our party and make sure that we did not bring Covid home with us. This was advertised on the Moon Palace website and touted by the concert producer CID. They even branded it Purely Palace. Clearly they are trying to sell and promote this as an advantage of theirs. Additionally, every concert goer had to be fully vaccinated, PCR tested within 24 hours of arrival and antigen tested upon check-in. Moon Palace would test on our departure and would isolate and quarantine anyone who became sick on the trip as part of Purely Palace. This all sounded good to us and would allow us to minimize our risk. 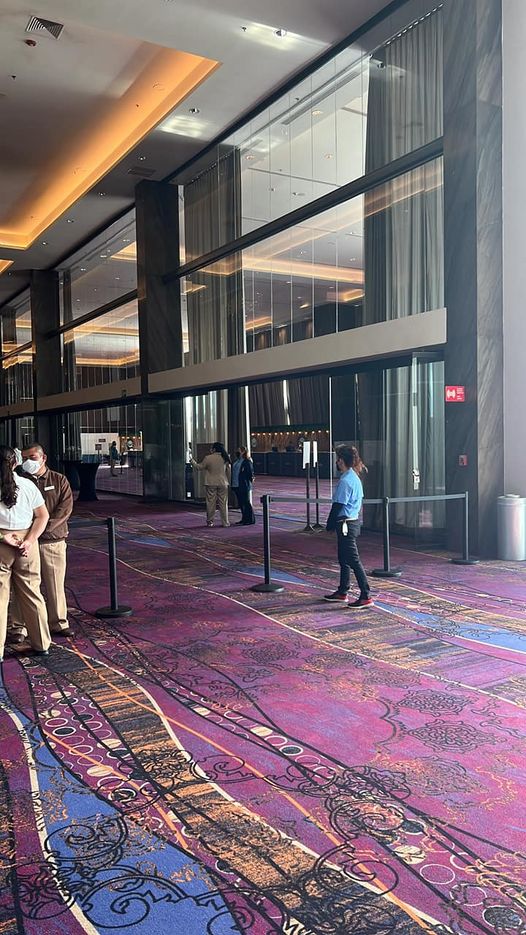 The trouble started when the band canceled the night before the shows were to begin. However, CID and the band made a very generous offer to pay for our hotel stay for the first week and subsidize the majority of our stay on the second week. We would be responsible for any additional days before, in the middle, and after. After checking with my wife and friend we decided to make the best of it and have our vacation.

The first week went fine. My wife and I mostly kept to ourselves, ate in outdoor venues, and stayed away from any group encounters. Even though we are both fully vaxxed and boosted, it didn’t make sense to us to take chances needlessly. Since I was staying on for the second week when my buddy was to arrive, I didn’t have to do a check-out antigen test for my return to the US, but she did. We knew something was not right when she reported that Moon Palace was not testing properly. They weren’t collecting a correct sample. The swab was only inserted into one nostril, only part way, and the results were returned in a group setting within 5 minutes. Oh, well, what could we do? She was going home. I didn’t have Covid. It didn’t dawn on us that this was the norm and not an exception although we did muse that perhaps they were testing minimally so that they could give us a negative test and send us home rather than quarantine us. We could certainly understand why they would want to do that, but we were just speculating at that point. She went home on schedule.

Two days later my friend arrived. He was all full of energy. The folks who were arriving for Week 2 weren’t bummed like the folks from Week 1 who had their hearts cut out from them during check-in when the shows were canceled. We ate out, made some new friends, did some diving and were having a good time. But, then our worst nightmare struck. He started developing a ‘cold’ a few days after his arrival. He felt unwell, was tired and had an irritating and persistent cough. After dinner he decided to go back to the room and rest up. I had brought a number of home Covid antigen tests with me so told him he should take one to be sure he hadn’t come down with Covid. After dinner I went out. He texted me a little later that the test was negative and that he just had a cold. Whew! Thank goodness!

When we woke up the next day I took a look at his test kit, which he had left on the dresser. The test was positive. He had misinterpreted the results. I brought him out another antigen test. He took it and tested positive again. At this point I called the hotel, told them that my friend had tested positive for Covid and asked them for instructions. They told us to stay put. They would come to the room and test themselves to verify. About 30 minutes later a tester and a member from their Public Relations staff showed up to test both him and me. They did swab both of our nostrils, but they weren’t deep samples. After 15 minutes they declared us negative and told us to enjoy our vacation. Whew! Dodged a bullet! Our tests must have been wrong, or at least that’s what we initially thought. 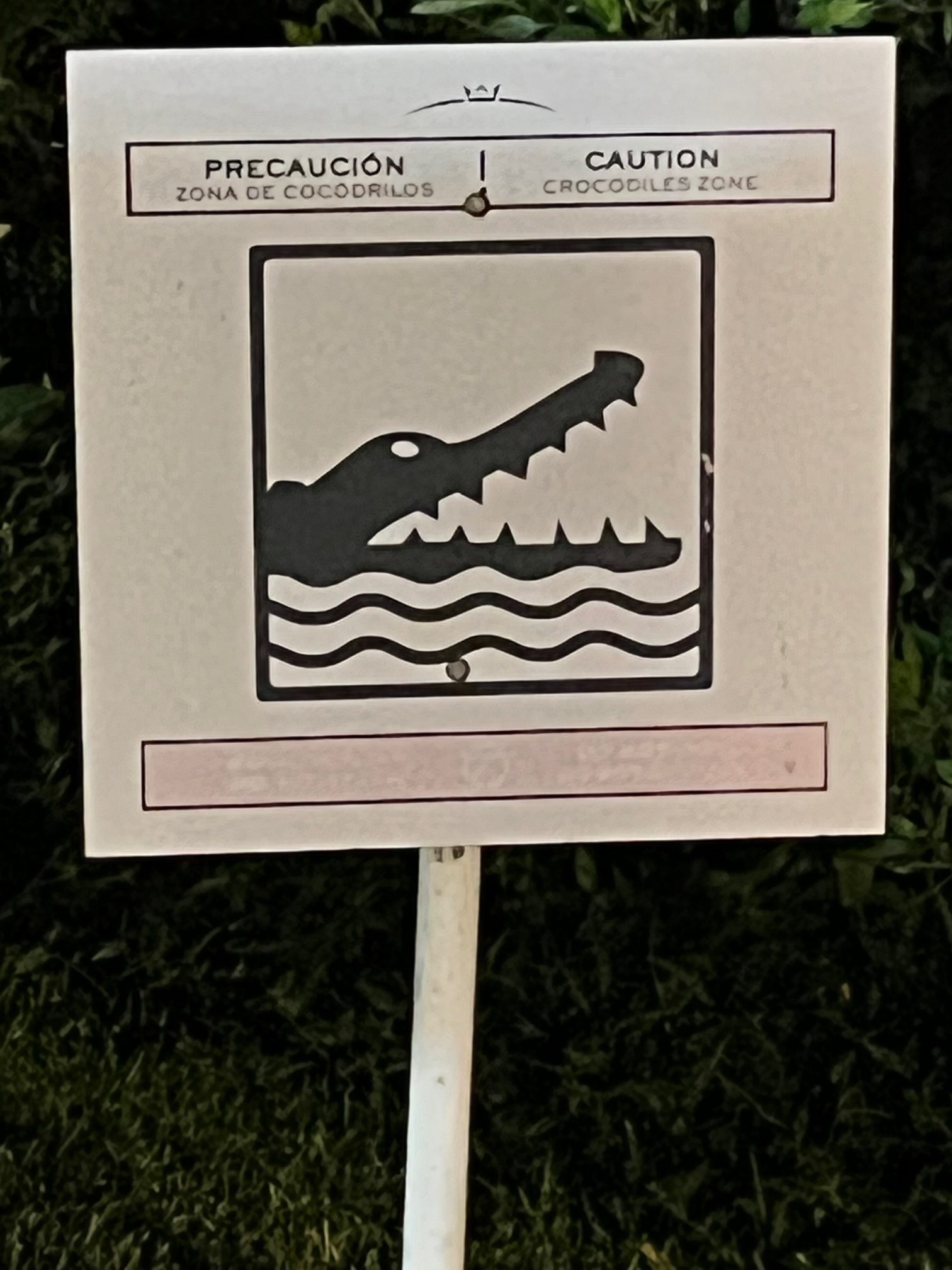 We spent some time at the beach and at the pool. He still didn’t feel well and his raspy cough continued. A few hours later he got a text from his wife back home that she, too, had tested positive. Could it be possible that she had given it to him (or vice versa), but symptoms didn’t show up for a few days? He was supposed to have been PCR and antigen tested before arrival, but his PCR results never showed up (that’s another story) and because the concerts were canceled they hadn’t tested him upon arrival. I did a little research and learned that it’s somewhat likely to get a negative antigen result, but extremely rare to get a false positive. We hadn’t just gotten one positive result, but two. Could they both have possibly been false positives? That scenario was highly unlikely, but we had to consider the possibility. I tracked down another home antigen test from a friend and tested him again. We got our third postive result.

At this point I called the hotel again and told them that my friend was positive and needed to be quarantined. They refused stating that their test was negative. I told them we had three positive tests with our kits. They said there was nothing they could do for us. I told them that they couldn’t just force me to stay in a room with a Covid positive person. They said if I wanted to leave I could at my own expense, but they weren’t going to separate us nor were they going to quarantine my friend. I asked for a re-test. They said they couldn’t do it at that time, but if we wanted to pay for a test the next day we could. At this point I was extremely frustrated. I was going to be quarantined with someone who had Covid and if I didn’t want to do then I would have to shell out ~$1,000 for my own room for the rest of the stay, 4 more nights. I asked them where we could go at that time to get another test outside of the resort. They said they couldn’t tell us where to go or how to get there. By now my head was ready to explode. The resort seriously wouldn’t point us to a testing facility so we could verify whether our tests were correct or not? I called my wife at home and explained the situation. Since she is a native Spanish speaker I thought she would have a better time finding us a testing site in Cancun. We also both agreed that I should pay for my own room regardless of getting another test. I called the hotel to make those arrangements, but just then, our phone rang. It was the hotel telling my friend that he would be quarantined and to get his belongings together in the next hour. Thank goodness! I wasn’t happy that I was still being asked to stay in the room that he had been occupying for the past four days, but it was better than being in close quarters with him. An hour later he was moved into the quarantine area of the Grand.

Almost 6,000 fans of the band had joined a Facebook group in order to share stories and discuss topics relative to the fans. Upon reading a lot of these posts I started seeing a common thread. Folks who had been antigen tested for their departure were reporting minimal testing and poor sample collection. Many who had tested negative upon departure were getting sick and testing positive immediately upon returning home. The testing was described as ineffective. Swabs were only inserted into one nostril. The swabs were only inserted into the tip of the nose. They weren’t being swirled around as anyone who has administered a home test knows how to do. Basically, they were minimally swabbing so that they didn’t detect Covid. Results were returned in minutes, not the 15 that is necessary to confirm results. Very few people were reporting that they had tested positive and had been quarantined, although a few people did. Most were reporting minimal antigen samples being taken and then testing postive once they got home.

It became clear to me that Moon Palace was selling us a bill of goods. They wanted us to believe that they would perform an effective antigen test and quarantine us if we were positive. In reality, they were barely performing a test so that they could guarantee a negative test so that we didn’t have to be quarantined. They would only use their own testers so they could control this process. The process was being managed by their Public Relations department so they could perform damage control every step of the way. We were being duped into thinking they were looking out for us, when in actuality, they couldn’t care less if we got sick and took it back to the US or Canada. They wanted us out of there. They didn’t want to spend money quarantining us. They were lying through their teeth. The fact that they would send my friend, even after he tested positive three times, to use the resort, interact with staff and guests, and to keep having his vacation tells you everything you need to know about this place. In my opinion their testing is a scam. Their advertising is false. I will never stay at this so called palace again.

My friend who was quarantined did finally test positive with their antigen test when he tested to catch his original flight home. That was a full five days after we tested him positive and four days after we verified his positivity. He was quarantined for a few more days and was well taken care of. A few days later he asked for a re-test. He reported that it was the one nostril, barely insert the swab, return results in 5 minutes antigen test. He was released from quarantine and allowed to use the resort until his flight the next day. He was still symptomatic, of course, and tested postive upon his return to the US. Is it any surprise?

If you go to this resort just expect that if you contract Covid you are bringing it home with you. Make sure to bring your own tests because you can’t trust the results of their tests especially if they’re negative. I know a lot of people want to go to a place that doesn’t test properly and can almost guarantee a negative test result so that you aren’t quarantined in a foreign country. If you don’t mind bringing Covid home to your family, friends and co-workers then boy, do I have the palace for you. 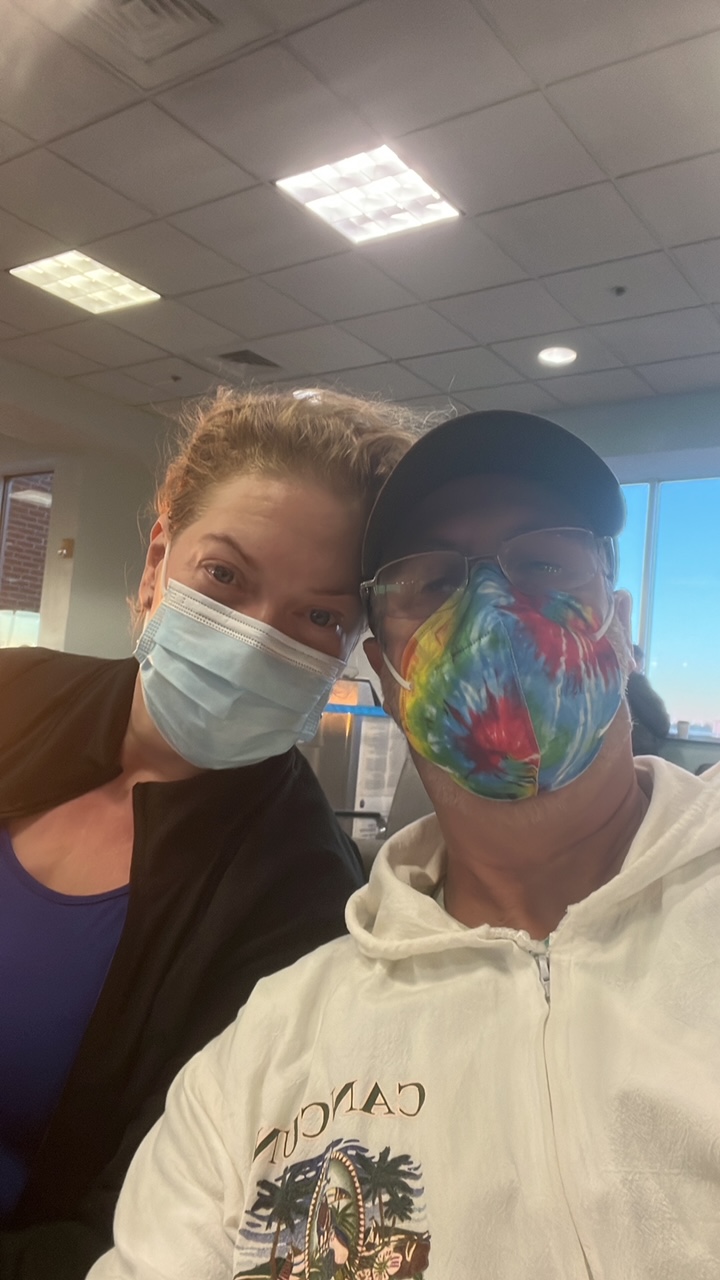